Priority Moving is the highest rated San Diego Mover on Yelp.  We just received another 5-star Yelp review from a San Diego Moving customer that is also an Elite Yelper.

The actual Yelp review from Liam is below: 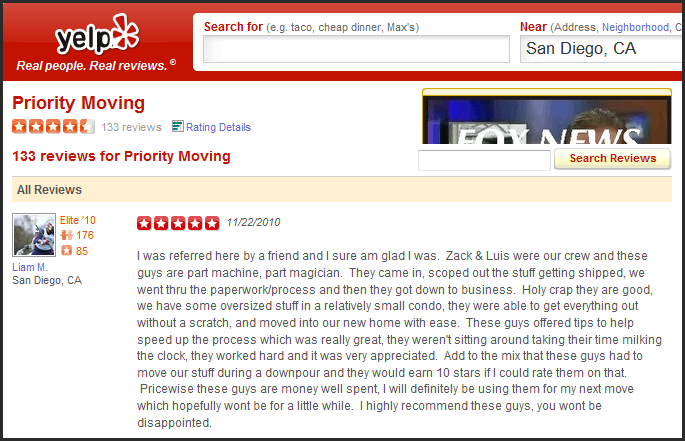 The most credible Yelp reviews come from “Elite” Yelpers and LIam has been one for several years.  Priority Moving – San Diego movers is honored to have more 5-star reviews and more Elite Yelper reviews than any other San Diego Moving Company.

Our purpose: To connect people with great local businesses

10 Things You Should Know About Yelp